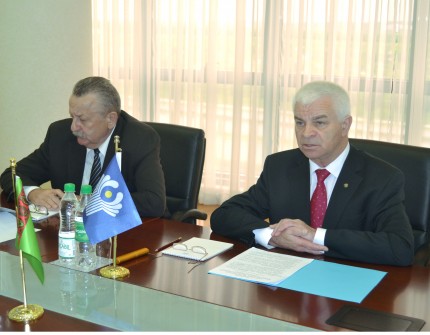 In the beginning of the meeting, the guest expressed gratitude to the Turkmen side for hospitality and noted that the CIS Executive Committee highly appraises the responsible approach of Turkmenistan to the organization of events in the framework of Chairmanship of Turkmenistan in the Commonwealth of Independent States during the current year.

It was noted during the negotiations that the Chairmanship of Turkmenistan makes a valuable contribution to the development and strengthening of cooperation between the member states based on the principles of equality, good-neighborliness and mutual respect.

The issues related to the preparation of forthcoming events, particularly to the meeting of the Council of Heads of CIS governments to be held in May of current year were discussed.