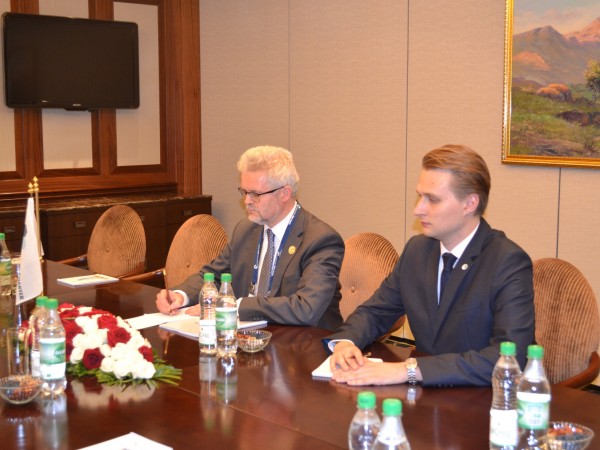 On November 28, 2017, at the sidelines of the Conference, a meeting was held at the Oguzkent Hotel between the Minister of Foreign Affairs of Turkmenistan R. Meredov and the Secretary General of the International Energy Charter, Urban Rusnak, who arrived in Ashgabat to attend the 28th session of the Energy Charter Conference.

At the beginning of the meeting, the sides exchanged views on the current state of cooperation between Turkmenistan and the International Energy Charter, noting with satisfaction the practical and effective joint work carried out during the Turkmen Chairmanship in 2017. Particular emphasis was placed on concrete steps towards the establishment of an international legal mechanism aimed at ensuring a stable transit of energy resources.

In this context, the meeting participants discussed the practical, regulatory and legal aspects of energy transit, exchanged views on topical issues of energy security and reaffirmed the desire to contribute to strengthening the reliability and stability of energy transportation. The need for coordination of efforts and interaction between producer countries, transit countries and energy consumers in the international arena was stressed.