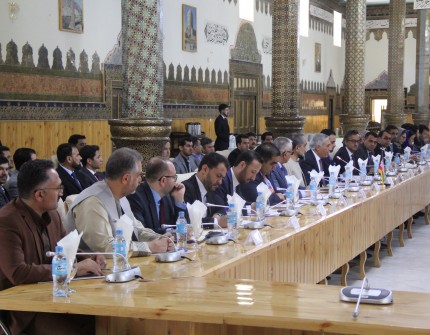 On June 16-17, 2019, the Turkmen delegation headed by the Deputy Chairman of the Cabinet of Ministers, the Minister of Foreign Affairs of Turkmenistan arrived on a working visit to the city of Herat, the Islamic Republic of Afghanistan.

The Turkmen delegation had a meeting with the Advisor to the President of Afghanistan on infrastructure, acting Minister of Finance, and co-chairman of the Afghan part of the Intergovernmental Commission on trade-economic cooperation, Mohammаd Humayun Qayumi.

The purpose of the meeting is the implementation of the agreements reached between the two Heads of state during the official visit of the President of Afghanistan in February of this year to our country.

At the end of the meeting, bilateral documents on cooperation in the field of railway transport and in the electric power industry had been signed.