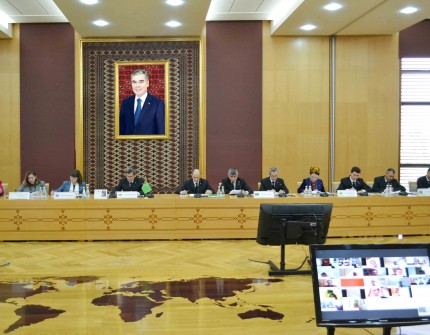 On May 22, 2020, a briefing was held in the building of the Ministry of Foreign Affairs of Turkmenistan on the implementation of Turkmenistan’s international health initiatives.

The briefing, which became a regular venue for a comprehensive exchange of views on pressing issues in the field of health, was attended by heads and representatives of the Ministries of Foreign Affairs, Health and the Medical industry, other relevant departments of Turkmenistan, heads of diplomatic missions and representatives of international organizations accredited in the country, local media and journalists of foreign countries, accredited in Turkmenistan.

Heads of diplomatic missions with residences in third countries, as well as representatives of leading foreign media and public organizations participated in the briefing via video conferencing.

Speaking at the event, the head of the country's foreign ministry emphasized that “one of the main purposes of this platform is to promote Turkmenistan’s international health initiatives, which has become a priority topic for recent briefings”. R. Meredov also noted that Turkmenistan, during the 73rd World Health Assembly (WHA), held online, supported the resolution “Response to COVID-19”, adopted at the end of the World Assembly, unanimously endorsing the principles of universal, timely, equal free and fair access to effective medicines and technologies, treatment methods and prevention of dangerous diseases, elimination of unfair barriers to such access. The Minister added that Turkmenistan unconditionally supported the key leadership role of the World Health Organization underlined in the resolution in the preparation and coordination of the global response to the pandemic. 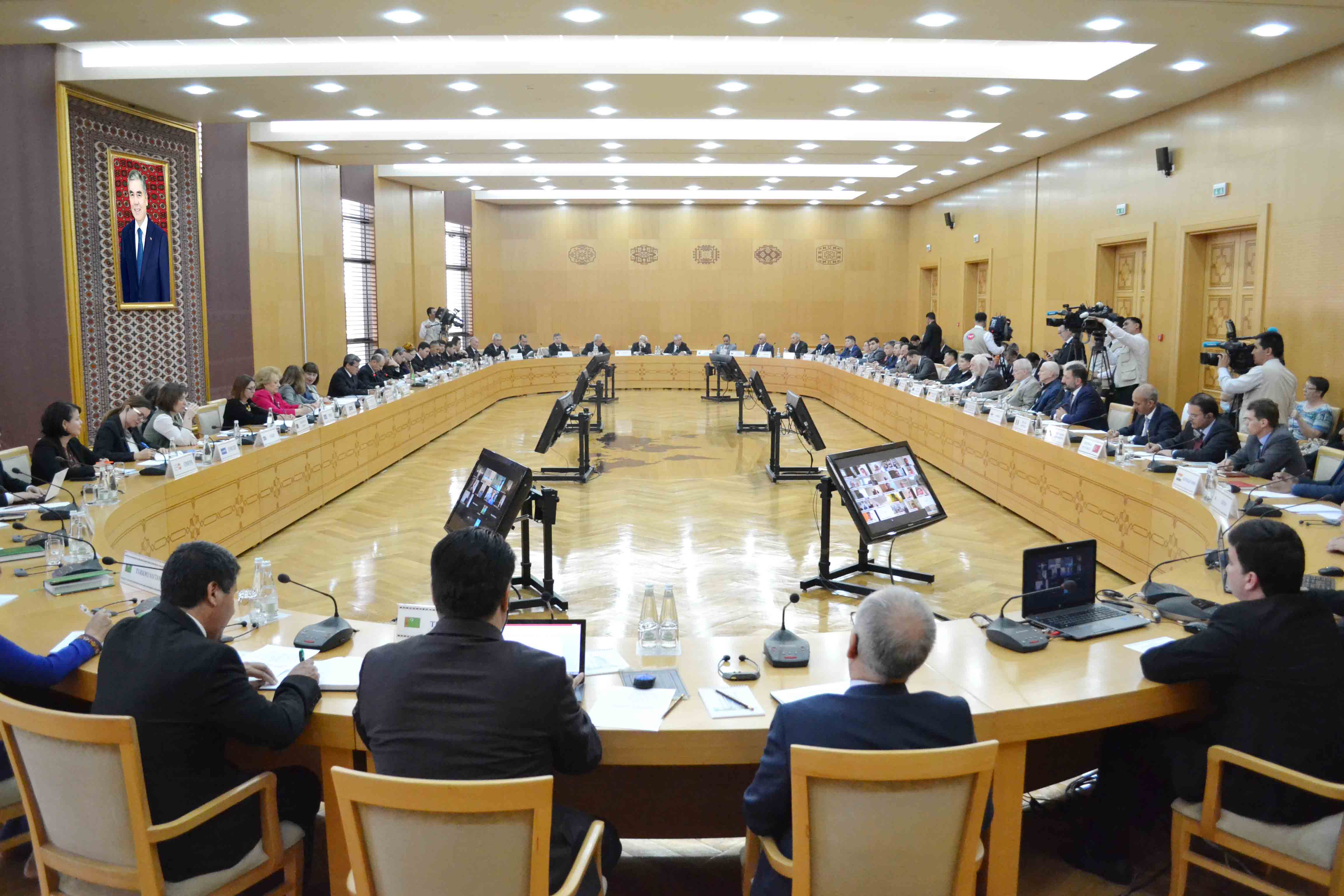 Speaking at the briefing N.Gherman, the Special Representative of the UN Secretary-General, Head of Regional Centre for Preventive Diplomacy for Central Asia, E.Panova, Permanent Coordinator of the UN in Turkmenistan, D.Alonso, Ambassador Extraordinary and Plenipotentiary of the European Union to Turkmenistan, N.Drozd, the Head of the OSCE Centre in Ashkhabad, P.Karwowska, the Head of the WHO Country Office in Turkmenistan especially underlined those measures taken by the Government of Turkmenistan in the field of public health and the fight against the coronavirus pandemic COVID-19, which were extensively set out in a letter from the President of Turkmenistan Gurbanguly Berdimuhamedov to the WHO Director-General Tedros Gebreyesus, which, as a separate information material was distributed as an official document of the 74th session of the UN General Assembly in all the working languages ​​of this organization.

During the briefing, its participants also familiarized themselves with the Preparedness and Response Plan of Turkmenistan for an Acute Infectious Disease, which was developed jointly with the Office of the UN Resident Coordinator in our country and which is based on two resolutions of the UN General Assembly - the Global Strategic Preparedness Plan and Response (MTEF) and the COVID-19 Global Pandemic Humanitarian Response Plan, which builds on Turkmenistan’s best practices in healthcare. This document was adopted today at the last meeting of the Cabinet of Ministers of Turkmenistan.

During the briefing, it was also announced that Turkmenistan, as a responsible participant in the international community, from the first days of the threat of COVID-19, has established close working contacts with the United Nations, its specialized bodies and agencies, primarily with the World Health Organization, and also with great respect for the experience of other countries that have already created a solid base in the fight against this threat.

The issues of improving the material and technical base, and the active work of Turkmenistan in this direction at the national level to create additional quarantine centers, including specific steps to enhance and strengthen the base of existing quarantine centers, were emphasized. 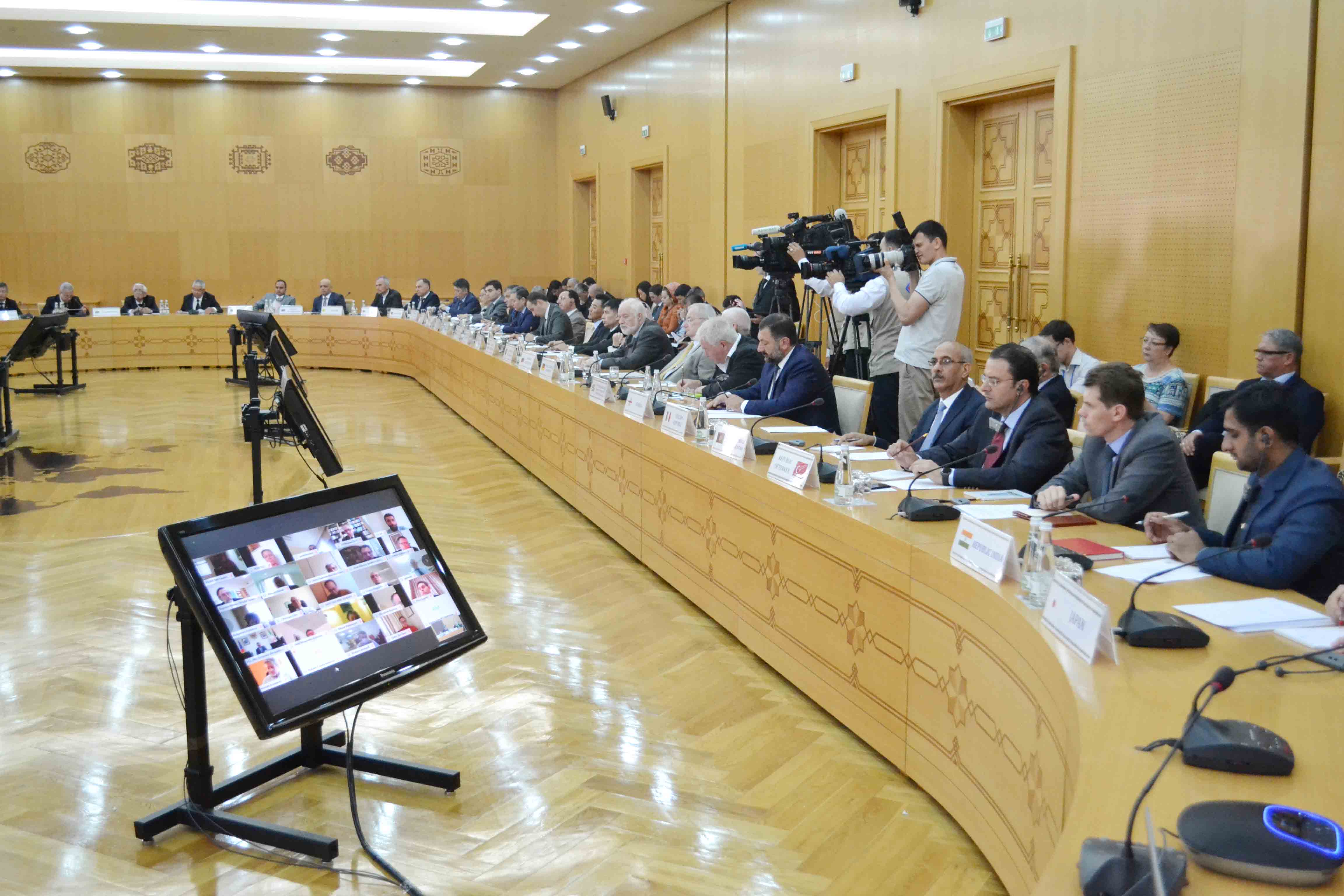 A separate topic of speeches at the briefing was the development of new forms of international scientific cooperation in the field of medicine, the exchange of achievements of medical science. In this context, the initiative of the President of Turkmenistan on the creation of the Council of Medical Scientists was announced, specific ways of implementation, which were voiced by the delegation of our country during the World Health Assembly and the meeting of Ministers of health of the countries of the Non-Aligned Movement, held online several days ago.

At the end of the briefing participants also exchanged views in the “question-answer” format.