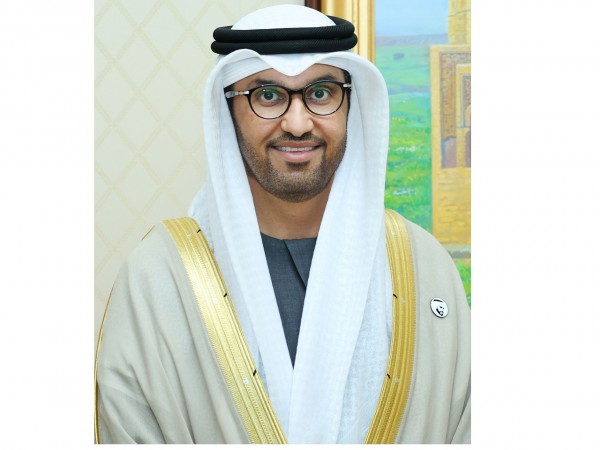 Taking the opportunity, Sultan Al Jaber and members of the delegation congratulated President Serdar Berdimuhamedov and the entire Turkmen people on the 27th anniversary of Turkmenistan's Neutrality.

Thanking for the kind words and conveying greetings and best wishes to the top leadership of the United Arab Emirates, the head of state noted that he was glad to welcome the members of the delegation of a friendly country to the ancient and hospitable Turkmen land.

Focusing on the importance of expanding the close contacts established between Turkmenistan and the United Arab Emirates, the head of state confirmed the interest of our country in deepening these ties and enriching them with new content.

Confirming the readiness of the Turkmen side to consider specific proposals of the Emirates partners for the development of relations in all areas of mutual interest, the head of Turkmenistan expressed his firm confidence that the interstate dialogue would continue to be strengthened for the benefit of the two friendly peoples.

At the end of the meeting, the President of Turkmenistan and the guests expressed confidence that the traditional bilateral cooperation would continue to be strengthened and expanded on a mutually beneficial long-term basis, filled with new concrete content.

Today, members of the UAE delegation headed by the Minister of Industry and Advanced Technologies Sultan Al Jaber also held meetings with the Deputy Chairmen of the Cabinet of Ministers of Turkmenistan in charge of the oil and gas sector, construction, electricity, road construction, the chemical industry and the financial and economic complex.

The subject of keen discussion was the prospects and opportunities for intensifying cooperation in such strategic areas as the fuel and energy complex, the banking system, the processing and industrial sectors, and construction.