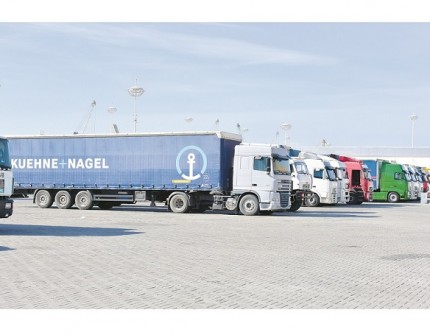 Recently, the President of Turkmenistan signed the relevant Resolution in accordance with which a single tariff is established in the country for the transit of foreign cargo trailers arriving to Turkmenistan.

These steps are taken in the framework of the implementation of the Agreement on the Establishment of International and Transit Corridor between the Governments of the Islamic Republic of Iran, the Sultanate of Oman, Turkmenistan and the Republic of Uzbekistan (Ashgabat Agreement) and the Agreement on Transit and Transport Cooperation (Lapis Lazuli Corridor).  The main goal – effective application of the capacities of the international transport-transit corridors, increase of the volumes of transit cargoes, facilitation of the customs, visa and other procedures for better economic integration.

As is known, Turkmenistan being a party to the abovementioned treaties, comprehensively supports the development and improvement of mutually beneficial relations in the area of transport and transit on the regional and international level. In this context, it is worthwhile to note that the leadership of Turkmenistan actively promotes significant initiatives in the field of acceleration of transport connections, expansion of transit junctions and overall strengthening of the transport diplomacy tools.

Turkmenistan stands for the establishment of transport-transit junctions of continental scale and strives to apply the whole potential by the means of railway, motor, air and maritime transport, as well as the port infrastructure, in particular the opportunities of the modern seaport complex of Turkmenbashy city.

Thus, during the talks of the Presidents of Turkmenistan and Azerbaijan in Baku in March of current year, the need for more efficient use of the seaports of Turkmenbashy and Baku, as well as Alyat was stressed, all of which is aimed at the expansion of multilateral partnership in the given sphere.

In this regard, it is vital to highlight that Turkmenistan develops partnerships and establishes new contacts in the given area, particularly through the cooperation with regional and international structures, including the United Nations, the UN Economic Commission for Europe (UNECE), the UN Economic and Social Commission for Asia and the Pacific (UN ESCAP) and other specialized organizations.

With the aim of implementation of attained agreements within the Lapis Lazuli Agreement and the Ashgabat Agreement, including other international acts, the leadership of Turkmenistan actively promotes the issues of development and strengthening of cooperation in the area of transport diplomacy on the regional and international platforms.