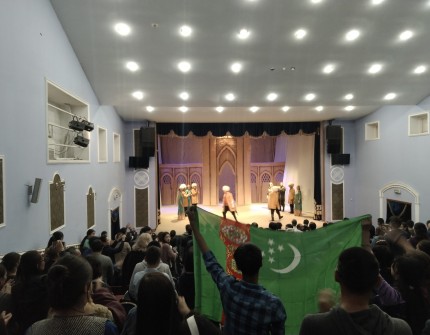 The first International Theater Festival “ABISH ALEMI” was held on October 11-14, 2019 in the Kazakh city of Aktau, which was dedicated to the 80th anniversary of the outstanding Kazakh writer Abish Kekilbaev. Theater groups from Armenia, Georgia, Iran, Tajikistan, Turkmenistan, Turkey, Uzbekistan and Kazakhstan took part in the festival.

Turkmenistan was represented at the festival by the State Music and Drama Theater of Lebap Province named after Seyitnazar Seydi. The play “Dayakhatyn”, presented by the Lebap Theater, the audience received enthusiastically. The plot of the play is taken from the book of the respected President of Turkmenistan Gurbanguly Berdimuhamedov “Turkmenistan is the Heart of the Great Silk Road”.