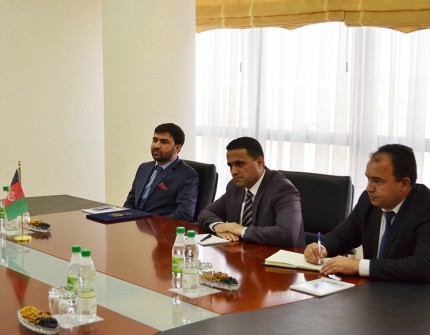 On April 24, 2017, a meeting with the new Consul General of the Islamic Republic of Afghanistan in Turkmenistan (Mary city), Mr. Arsala Nasratullah was held at the Ministry of Foreign Affairs of Turkmenistan.

During the talks, issues of further expansion and intensification of bilateral cooperation, as well as organization of regular contacts at the level of heads of administrations of the border areas of the two countries were discussed. Particular attention during the talks was paid to the consistent regulation and development of consular issues between Turkmenistan and the Islamic Republic of Afghanistan.

Within the framework of the meeting, the Consul General of the Islamic Republic of Afghanistan was presented a consular exequatur, which is a permission to carry out consular functions.