Being one of the active participants of the global processes aimed at the maintenance of stable development, economic growth and stability, Turkmenistan intends to continue in current year the work oriented at the implementation of key tasks determined in the political strategy of the state which is carried out under the wise leadership of the President of Turkmenistan Gurbanguly Berdimuhamedov.

The year 2020 is the year when Turkmenistan celebrates the 25 th anniversary of its permanent neutrality status. In this historical period, in March, the country is preparing to host the International Ministerial Conference of the Landlocked Countries. This event promises to be symbolic from the perspective of bettering the transport-transit cooperation between various regions of the world which is an integral part of the globalization. The historical values are engraved in the transport strategy of Turkmenistan. In the past, the key trade ways passed through the territory of the country which connected the nations and states of the continent – the Great Silk Road – that has played a major role in the development of the civilization, cooperation of the East and West.

Turkmenistan carries out the active work in this direction. As the President of Turkmenistan has noted, “with the use of automobile, railway and maritime routes, the development of transport system on the directions “North-South,” “West-East” has vast prospects which allows the connection of the large spaces unfolding from the Pacific Ocean to Caspian and Black Seas, from the north of Europe to the Indian Ocean.” With this aim, the large- scale international projects are carried out. One of the vivid examples is putting into operation of the railway Kazakhstan-Turkmenistan-Iran on “North-South” direction.

The adoption of these resolutions serves as a proof of the international recognition of the efforts of Turkmenistan in the sphere of developing transport links on a global scale. In recent years, Turkmenistan became an effective platform for the dialogue in the area of transport. Thus, in November of 2016 Turkmenistan successfully hosted the Global Conference on Sustainable Transport under the auspices of the United Nations which resulted in the adoption of the Ashgabat Declaration. During that event, the state officials from dozens of countries, as well as the heads and representatives of the leading international organizations found an opportunity to discuss the role of the transport sphere as one of the key factors of attaining the Sustainable Development Goals.

On November 28, 2018, the International Conference of the Transport Ministers of the participating states to the Agreement on Transit and Transport Cooperation (Agreement of “Lapis Lazuli”) between the Islamic Republic of Afghanistan, Republic of Azerbaijan, Georgia, Republic of Turkey and Turkmenistan took place. This Agreement was signed during the ministerial meeting of the seventh Regional Economic Cooperation Conference on Afghanistan (RECCA VII) in November 2017 in Ashgabat. This transport corridor is intended to raise the economic integration of the region and increase the trade volumes.

Under the leadership of the President of Turkmenistan Gurbanguly Berdimuhamedov, Turkmenistan continues to work over the creation of secure and mutually beneficial international corridors with the use of the railway, automobile, air and water transport. During the meeting of the Ministers of Transport of the Caspian states at the First Caspian Economic Forum in the National Tourist Zone “Avaza” in August 2019, the key role of Turkmenistan on the area of developing international transport cooperation was stated.

For example, the International Seaport on the Caspian seashore in Turkmenbashy city that was put into operation in 2018 is intended to become one of the main logistical centers of the whole Central Asian region. In this large-scale project initiated by the President of Turkmenistan, the ferry, passenger and container terminals are located. In the same time, the complex includes the fright terminal and the terminal for shipping the polypropylene, as well as the shipbuilding and ship repair factories.

The role of the railway transport is as important. Turkmenistan actively cooperates with the neighboring countries to implement the grand projects. Being a part of the “Lapis Lazuli” corridor, the railway Serhetabat (Turkmenistan) – Tourghundi (Afghanistan) was put into operation in February 2018. The railway Kerki-Ymamnazar-Aqina that was put into operation in the autumn of 2016 is the first stage of the Asian International Transport Corridor.

The Conference on transport to take place in March of 2020 is intended to become an effective platform for further strengthening of transport-transit cooperation between the landlocked countries. This in turn will contribute to the stable development in the region and enable the expansion of good neighborly relations between the countries and nations. 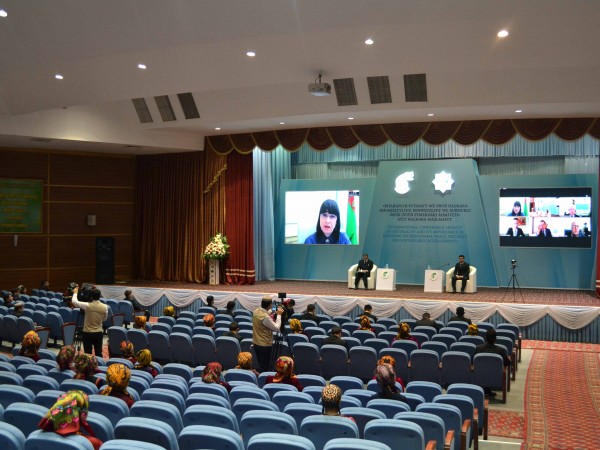 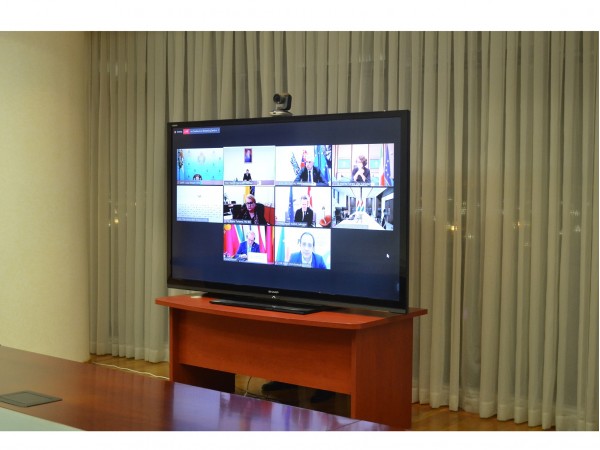