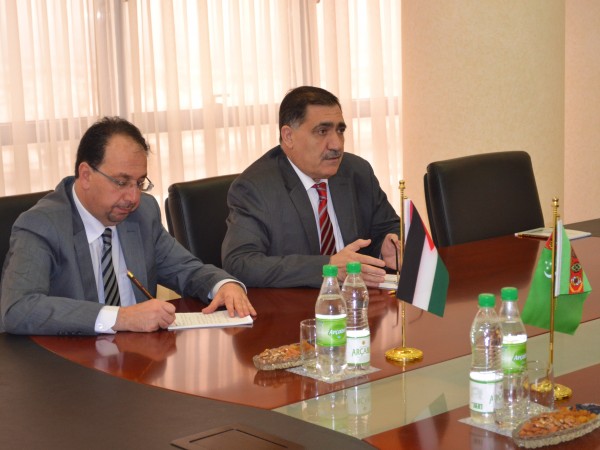 On December 19, 2016 Minister of Foreign Affairs of Turkmenistan met with the Ambassador Extraordinary and Plenipotentiary of the State of Palestine in Turkmenistan (with the residence in Tashkent) Mr. Mohammed Abdullah Tarshahani, who is completing his diplomatic mission to Turkmenistan.

During the meeting the Ambassador expressed his sincere gratitude to the Turkmen partners for the assistance rendered over the years to promote and support the activities of the Embassy. Noting the effective development of mutually beneficial cooperation, the parties discussed the results of cooperation to enhance bilateral interaction between the two countries in political, trade-economic and cultural-humanitarian spheres. The sides noted the role of political consultations to be held on a regular basis as an important mechanism to address issues of the development of bilateral cooperation.

At the end of the meeting, Minister of Foreign Affairs of Turkmenistan thanked the Ambassador of Palestine, for his significant contribution to the strengthening of bilateral relations and mutually beneficial cooperation, and wished him success in his future work.