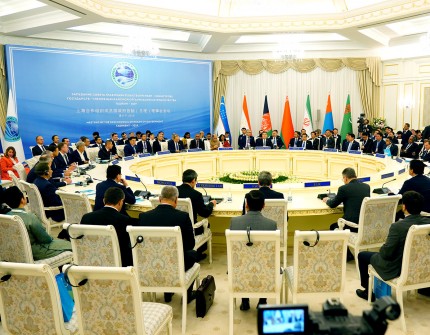 During the period of November 1-2, 2019, according to the instructions of the President of Turkmenistan Minister of Foreign Affairs of Turkmenistan visited Tashkent to take part in the meeting of the Council of the Heads of Governments of Shanghai Cooperation Organization (SCO), to which our country was invited as an honorary guest.

The session took place on November 2 in the state residence “Kuksaroy.” The participants of the meeting discussed the prospective vectors of cooperation in trade-economic sphere paying special attention to the development of the investment climate on the SCO space.

In the framework of the visit a bilateral meeting of the Minister of Foreign Affairs of Turkmenistan with the President of the Republic of Uzbekistan was held, during which the parties stated with the satisfaction the high level of cooperation between the two countries.