Turkmen-Afghan talks in the field of transport 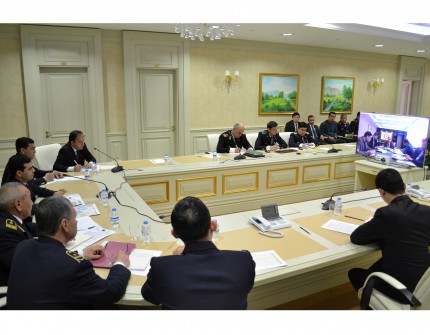 On April 16, 2020, a video conference was held between the representatives of the “Türkmendemirýollary” agency, open joint-stock company “Demiryollary” and the Railway Authority of the Ministry of Transport of the Islamic Republic of Afghanistan.

The Turkmen side was headed by the Chairman of the “Türkmendemirýollary” agency A.Atamyradov. The Afghan side was led by the General Director of the Railway Authority of Afghanistan Mohammad Yamma Shams.

The participants also exchanged views on optimizing transit freight traffic and wagons passing through the IRA, further developing of the transport corridor between the Lapis Lazuli agreement participating countries.  Separately, issues of obtaining visas for railway workers and other issues were considered.