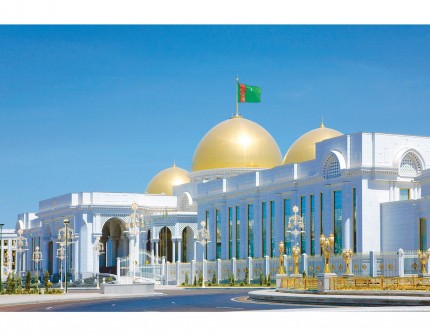 On June 29, 2020, the President of Turkmenistan Gurbanguly Berdimuhamedov has turned 63 years old. This is the age of the Prophet Mohammed.  According to the inherent traditions of the Turkmen people, reaching this age is a great honor. On the occasion of this noble date, congratulatory messages and phone calls from the heads of states, governments and international organizations are received by the Head of State.

The Speaker of the Federation  Council of the Federal Assembly of the Russian Federation Valentina Matviyenko, Governor of Saint-Petersburg Alexander Beglov, Chairman of the Clerical Office of Caucasus Muslims, Co-chair of the CIS Interreligious Council Allahshukur Pashazade, Advisor of the Islamic Development Bank Ahmed Mohammed Ali Al-Madani, Executive Director of Turkmen-American Business Council Eric Stuart, as well as the Professor Dr.Klaus Parhofer of the German clinic “Großhadern” also congratulated the Head of the Turkmen state by phone.

They wished to the President of Turkmenistan health, happiness and family wellbeing, as well as new achievements and accomplishments at the responsible state work, emphasizing the special role of the Leader of Turkmenistan in the promotion of universal values on the Earth.