Days of Culture of Turkmenistan were held in Qatar 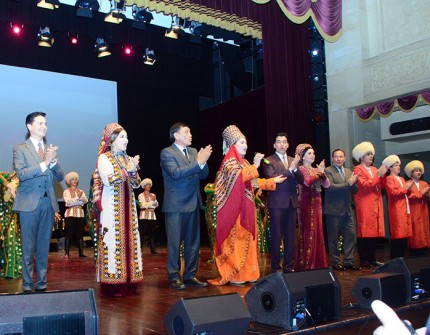 In the foyer of the “Qatara” Cultural Center, a unique collection of museum treasures of Turkmenistan was launched, which was intended to demonstrate to the general public of the State of Qatar the national historical and cultural heritage of the Turkmen people.

To participate in the Days of Culture of Turkmenistan, a Turkmen delegation arrived in the State of Qatar, which included creative groups, cultural figures and art masters, popular singers and musicians, and representatives of the media.

The program of the Days of Culture included events such as a concert of masters of Arts, an exhibition of works of decorative and applied art and museum values, prints devoted to the achievements of an independent neutral Turkmenistan in various fields and the forthcoming V Asian Indoor and Martial Arts Games in Ashgabat, meetings of cultural figures of the two states.