Meeting with the delegation of the European Parliament 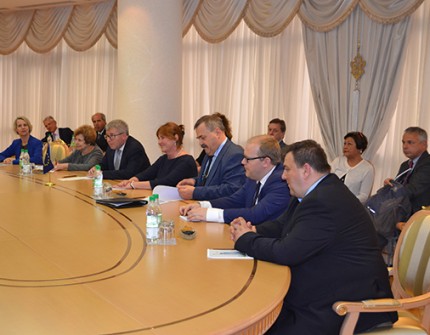 On April 19, 2017, the Minister of Foreign Affairs of Turkmenistan received the delegation of the European Parliament headed by the Vice-Chairman Mr. Ryszard Czarnecki who arrived in Ashgabat on a working visit.

During the meeting, the sides, expressing satisfaction with the current state of cooperation between Turkmenistan and the EP, discussed issues of bilateral cooperation. It was noted that there was a mutual interest in expanding cooperation in various areas of mutual interest.

The sides also discussed new prospects for further development of cooperation. It was noted that there is a mutual interest in expanding partnership in various areas, taking into account the modernization and increasing the effectiveness of the work of the Joint Committee "Turkmenistan-EU".