The security issues, including the ecological were discussed at the Summit of the Turkic-speaking States Cooperation Council 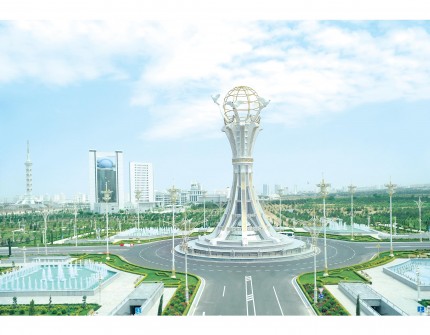 On the 31st of March 2021, the informal Summit of the Turkic-speaking States Cooperation Council (Turkic Council) took place.

As known, among the main goals of the Turkic Council is to facilitate the strengthening of mutual trust and friendship, development of mutual positions on external policy issues and coordination of actions in the area of countering common threats and challenges of modern time. These were elaborated at the given meeting.

In his speech, the President of Turkmenistan Gurbanguly Berdimuhamedov drew the attention to the security topic, including the ecological one. He noted that the maintenance of stability, security and sustainable development is possible by the means of joint efforts and coherence of actions.  The necessity of the work on the ecological problems, including the Aral crisis was highlighted.  In the regard, the Head of Turkmenistan emphasized the activities of the Turkmen side on the UN platform, including the adoption by the UN General Assembly of the Resolution “Cooperation between the United Nations and the International Fund for Saving the Aral Sea.”

The Afghan issues were touched upon. The participants agreed to continue cooperation on the given matter, including through the joint consultative mechanism of the heads of states of Central Asia.

The President of Turkmenistan also drew the attention to the necessity of strengthening the cultural and humanitarian cooperation.  The importance of the partnership on medicine and science was stressed.