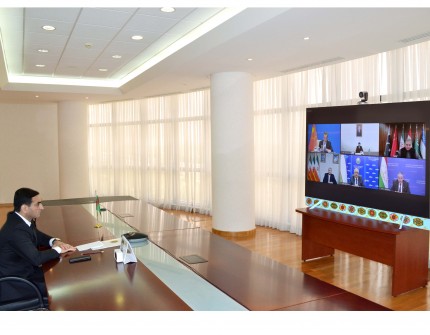 On the 8th of September 2021, the meeting of Ministers of Foreign Affairs of the countries-neighbors of Afghanistan was held in the videoconference format. The meeting was organized on the initiative of the Islamic Republic of Pakistan.

The Deputy Minister of Foreign Affairs of Turkmenistan Vepa Hajiyev expressed the vision of the Turkmen side on the issues of currents events in the neighboring country and in the whole region.

“The current meeting is regarded as an opportunity to work out a consolidated regional approach to peace and security in Afghanistan and the further comprehensive development of this country” was underlined in the speech of the Turkmen side.