A round table was held within the framework of the Central Asian International Ecological Forum, 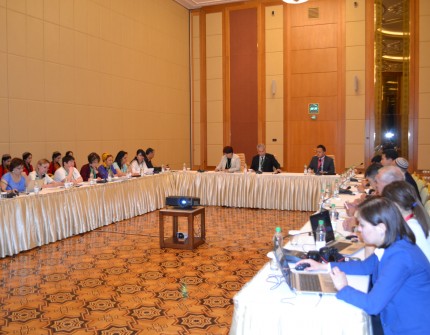 On June 7, 2017, at the “Yildiz” Hotel in the framework of the Central Asian International Environmental Forum, a round table was held under the title "The role of the media in covering the environmental problems of the region", organized by the Ministry of Foreign Affairs of Turkmenistan.

The representatives of the Ministry of Foreign Affairs and the heads of the press services of nature protection agencies, the chief editors of environmental newspapers and magazines of Central Asian countries, journalists and students of the IMO Foreign Ministry's faculty of journalism, as well as representatives of a number of environmental organizations and associations of Central Asia took part in the work of the round table.

At the end of the meeting, an exchange of views took place on the main aspects of the coverage of environmental issues in the region.