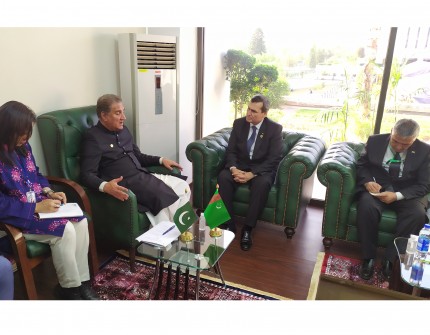 The acting head of the foreign policy department of Turkmenistan stressed the need to further develop trade and economic ties with Pakistan, and in this context noted the need to intensify the work of the Turkmen-Pakistani Joint Intergovernmental Commission, and proposed holding its next meeting in 2022 in Islamabad.

The diplomats discussed in detail the progress of the implementation of major joint projects: the TAPI gas pipeline, TAP power transmission lines and fiber optic communications.