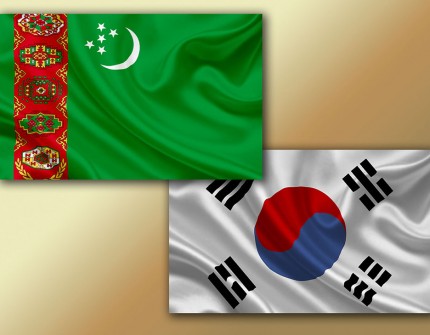 During the talk, the ministers discussed the priority issues on the bilateral agenda, as well as exchanged views on the meetings to be held with the participation of high-level delegations of the two countries.

The parties reviewed the results of the "Central Asia - Republic of Korea" Cooperation Forum held in Busan in October of this year, and also expressed confidence that the 16th meeting of this forum will be held at a high level in 2023 in Ashgabat.

The head of the Turkmen foreign policy agency said that Turkmenistan accepts the chairmanship of this forum with feelings of great responsibility and gratitude, and noted that starting from these days, active preparations are being made to hold the regular 16th session of the "Central Asia-Republic of Korea" Cooperation Forum in Ashgabat in 2023.

Considering the issues of bilateral and multilateral agenda, the parties noted the continuous development of Turkmen-Korean relations, which shows their commitment to the expansion of trade and economic cooperation and the further deepening of cultural-humanitarian cooperation.