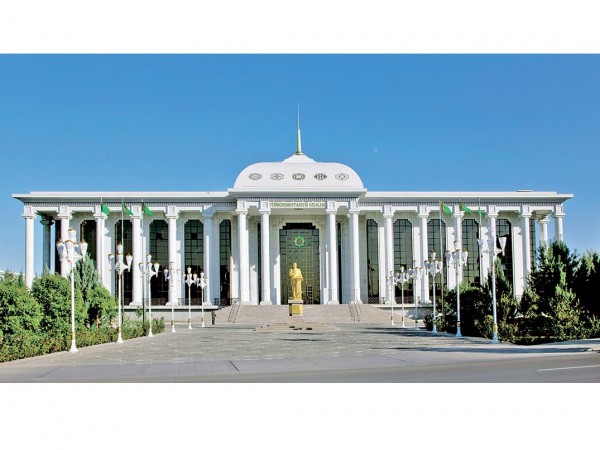 On December 9, 2022, on behalf of the President of Turkmenistan Serdar Berdimuhamedov, the Chairman of the Mejlis of the Milli Gengesh G. Mammedova received credentials from the Ambassadors Extraordinary and Plenipotentiary of Hungary, the Republic of Latvia and the Hellenic Republic.

On behalf of the head of state, the head of the national Parliament congratulated each of the Ambassadors on the start of their important diplomatic missions in our country, wishing them success in strengthening the ties of friendship and intensifying bilateral cooperation.

Thanking for the warm welcome, the diplomats conveyed to President Serdar Berdimuhamedov and the entire Turkmen people congratulations and warmest wishes from the leadership of their states on the occasion of the upcoming holiday - the International Day of Neutrality, emphasizing that it is a great honor for each of them to represent their countries in Turkmenistan.

During the meetings, the Ambassadors were acquainted with the key priorities of the domestic and foreign policy pursued by the head of Turkmenistan, the most important vector of which is the development of broad international cooperation, including with the European Union.

Particular emphasis was placed on the socio-economic programs implemented by President Serdar Berdimuhamedov aimed at building up the potential and diversifying the national economy on an innovative basis, creating a modern infrastructure, improving welfare and steadily increasing the living standards of the population.

In the course of an interested exchange of views, the Ambassadors highly appreciated the prospects for developing cooperation both in a bilateral and multilateral format, including through inter-parliamentary relations, major international organizations and structures. As diplomats noted, their countries support the policy of positive neutrality of Turkmenistan, which makes a significant contribution to strengthening peace and security, achieving sustainable development in the regional and global dimensions.

Speaking about the existing potential of bilateral partnership with Turkmenistan, the Ambassadors noted the prospects for intensifying interstate relations in the trade and economic sphere, in the field of science and education, as well as cultural dialogue, which contributes to strengthening the bonds of friendship and mutual understanding.

In this context, the diplomats assured that they would make every effort to further strengthen the traditionally good relations of their countries with Turkmenistan, which meet the mutual interests of their friendly peoples.