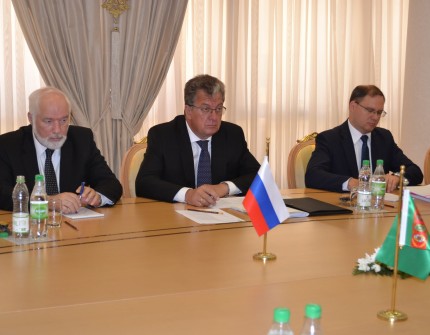 During the meeting, the parties paid much attention to the development of cooperation in the political-diplomatic, trade-economic and cultural-humanitarian spheres, and also discussed the need to expand interstate cooperation at various levels. In this context, the role of the visits at higher levels and the commitment of the parties to further implement the agreements reached on a systematic basis was noted.

At the end of the meeting, the sides expressed satisfaction with the interesting exchange of views on the current state and prospects of cooperation between Turkmenistan and the Russian Federation and stressed the need to continue to support regular contacts at all levels.