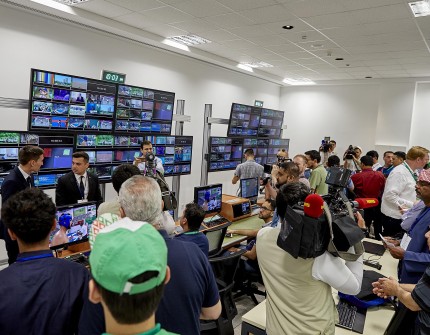 On September 16, 2017 the Media Center of the V Asian Indoor and Martial Arts Games started its work in the Olympic city. In the course of the Games, it will become the center of media activity, from here the operative and detailed information about the course of sports competitions will be distributed throughout the world. The conference-hall of the Media Center will host official press conferences.

The solemn ceremony of launching the Media Center was attended by the organizers of the Games and sports journalists from different countries who arrived in Ashgabat to cover large-scale competitions.

The main Media Center - a four-story complex for broadcasters and the press is equipped with working facilities for the media with access to the necessary communication channels. Here is the information office and all the necessary equipment for journalists of television, print and Internet media.