Ambassador of the Republic of Korea presented copies of his credentials 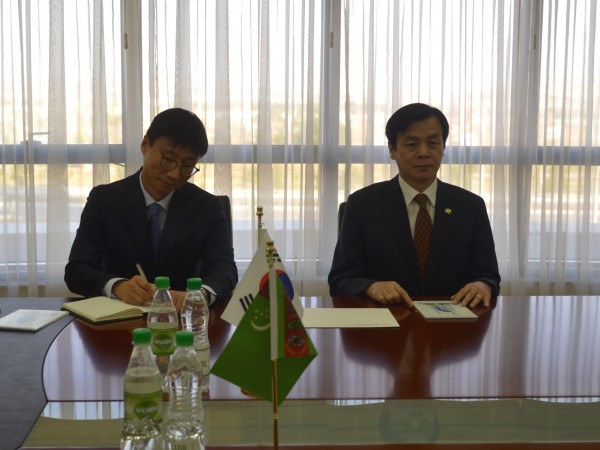 On January 13, 2018, a meeting with the new Ambassador Extraordinary and Plenipotentiary of the Republic of Korea Mr. Jin Ki Hoon was held at the Ministry of Foreign Affairs of Turkmenistan.

During the meeting, the sides exchanged views on the current state of relations and discussed further intensification of cooperation between Turkmenistan and the Republic of Korea. Speaking about the high achievements in the political sphere, the parties expressed their commitment to further strengthening of cooperation within international organizations. Emphasizing the high level of the Turkmen-Korean relations, the parties noted great prospects for trade-economic cooperation and discussed the possibility of establishing close ties between the business structures of the two countries.

In addition, during the talks, prospects for development of cultural and humanitarian cooperation, as well as expansion of relations in the areas of education, science, sports and tourism were discussed. Noting the focus on fruitful and effective cooperation, the Turkmen side expressed its readiness to render full assistance and support to the Ambassador's activities in the new post.