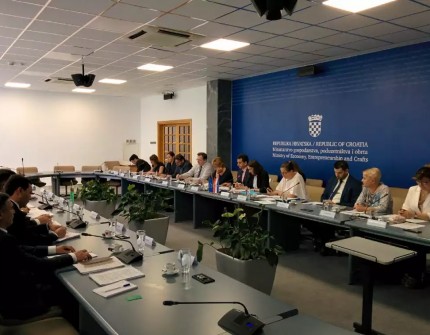 On June 11, 2018, the third meeting of the Turkmen-Croatian Intergovernmental Commission for Economic Cooperation had been held in Zagreb.

The agenda of the forum included a wide range of issues touching various areas of bilateral cooperation. The parties discussed the implementation of the agreements reached after the second meeting of the Commission, held on 4-5 February 2015 in Ashgabat.

Also, the parties reached an agreement on holding Days of Culture of the Republic of Croatia in Turkmenistan in the autumn this year. In addition, the sides noted the need to intensify cooperation between the Ministries of Education and higher educational institutions of the two countries.

As a result of the meeting, the parties signed the Protocol of the third meeting of the Intergovernmental Commission on Economic Cooperation.