Under the leadership of the esteemed President of the country Gurbanguly Berdimuhamedov, the development of physical culture and sports, as well as the expansion of international sports cooperation of the country has become one of the priorities of the state policy of Turkmenistan.

As a result, today Turkmenistan is a country with a developed modern sports infrastructure and dynamically developing sports movement. It was successful experience in conducting the world-class competitions and stands as an active member of the international sports relations. An example of this is the unique in the Central Asian region Olympic Complex located in Ashgabat, which triumphantly hosted the V Asian Indoor and Martial Arts Games in 2017, as well as the “Amul- Khazar 2018” international rally and the World Weightlifting Championships that were successfully held in 2018 including a number of other international events.

Currently, various kinds of sports are actively developing in Turkmenistan, including winter sports, which is facilitated by the capital's Winter Sports Complex, as well as the professional ice arenas of the capital's Galkan Winter Sports Centre and the multifunctional sports complex in the “Avaza” National Tourist Zone. The most popular is ice hockey. The confident victory of our ice squad at the VIII Asian Winter Games, which took place in 2017 in the Japanese city of Sapporo provided the national team of Turkmenistan with a place in the next IX Asian Winter Games, which will be held in 2021 in the capital of the People's Republic of China, Beijing.

Over the years of transformation in the country, the quality of sportsmanship has grown significantly, as evidenced by the achievements of Turkmen athletes in international competitions at various levels. If in 2007 Turkmen athletes won only ten medals, then in 2019, participating in 204 international competitions, they won 319 medals: 99 gold, 106 silver and 114 bronze.

All this further strengthened and raised the authority of Turkmenistan in the world as a sports country.

The Concept of the foreign policy of Neutral Turkmenistan for 2017-2023 set the task of full, effective integration of the country into the system of international sports cooperation. In this regard, Turkmenistan is consistently building mutually beneficial cooperation with foreign countries in bilateral and relevant international organizations in a multilateral format.

Turkmenistan has signed about 70 various documents of the intergovernmental and interdepartmental level on cooperation in the field of sports with foreign countries. Our country maintains multilateral partnerships with the UN, UNESCO, the World Health Organization (WHO), the International Olympic Committee (IOC), the Olympic Council of Asia (OCA) and other authoritative international organizations. Turkmenistan joined the Nairobi Treaty on the Protection of the Olympic Symbol, ratified the UNESCO International Convention against Doping in Sport, established the National Anti-Doping Agency, was elected to the UNESCO Intergovernmental Committee on Physical Culture and Sports (CIGEPS) for the period 2017-2021.

One of the most important tasks in the field of international sports cooperation, including sports diplomacy, is to promote the policies and initiatives of the President of Turkmenistan at the international level. So, the Final Declaration of the International Sports Congress “Asian Games-2017: International Cooperation in Sports for the Sake of Peace and Progress,” held at the initiative of the President of Turkmenistan on April 7-8, 2017 in the “Avaza” National Tourist Zone, was circulated as an official document of the 71st session of the General Assembly of UN. The adoption of the Joint Statement “On Encouraging the Valuable Contribution of Olympic Teams of Refugees to the Strengthening of Peace and Human Rights” on the initiative of Turkmenistan in September 2017 at the 36th session of the UN Human Rights Council (HRO) is also evidence of wide support for the country's contribution to the development of international sports cooperation. . Another confirmation of the growing international authority of Turkmenistan was the unanimous adoption on April 12, 2018 at the 82nd meeting of the 72nd session of the UN General Assembly of a resolution declaring June 3 as "International Bicycle Day." In our country, this date is widely celebrated. Within the framework of the celebration, on June 1, 2018, cycling training was held at the Ashgabat multifunctional stadium in Ashgabat with the participation of 3246 people, and on June 1, 2019, a one-line parade of 2019 cyclists was held around the Olympic city of the capital , which was recognized as the most massive and longest in the world and was included in the Guinness Book of Records.

Today, the capital of Turkmenistan and its Olympic sports complex, where all the conditions for holding world-class tournaments are created, prepare to host four more major international competitions this and next year. In 2020, will be held the Asian Futsal Championship, the Davis Cup tennis tournament (Asia / Oceania IV group), as well as the World Sambo Championship. In 2021, the World Cycling Track Championship will be held in Ashgabat.

At present, the Turkmen athletes are actively preparing for the above-mentioned competitions, using the opportunities presented to them such as the modern infrastructure, the relevant training camps and championships abroad. Member of the national team preparing for the XXXII Summer Olympic Games, which will be held from July 24 to August 9, 2020 in Tokyo, also go through special training in the capital's Olympic complex.

Currently, in Turkmenistan, sport has become one of the priority vectors of social development. Following the slogan “Turkmenistan is a country of health and enthusiasm,” more and more people of different ages are joining regular physical culture activities and sports. All international sport events held in the country turn into great celebrations of friendship, which is of particular importance for Neutral Turkmenistan, that will celebrate the 25 th anniversary of its neutral status this year. 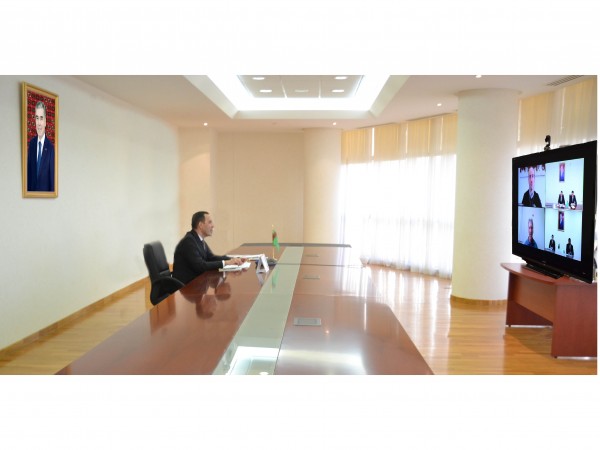 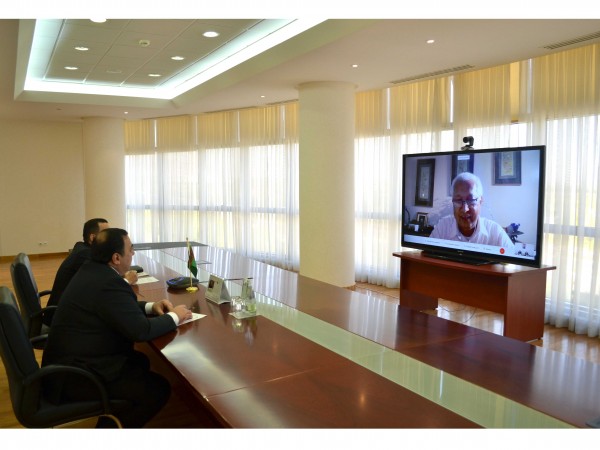 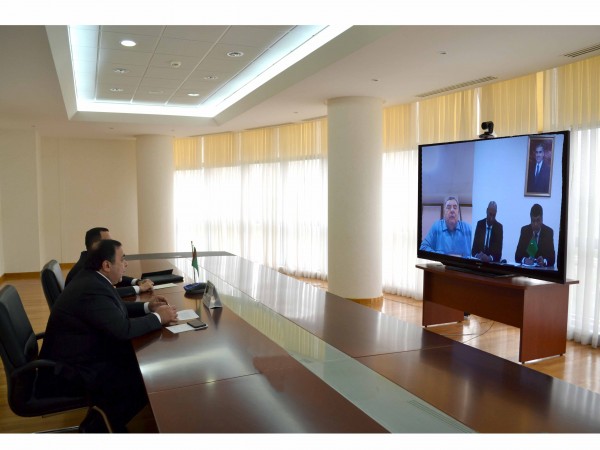