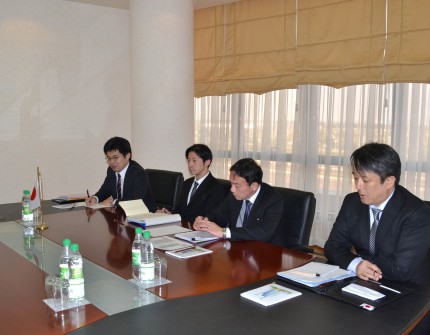 During the consultations, the parties exchanged views on the level of relations between Turkmenistan and Japan. Also the importance and effectiveness of mutual visits on different levels between two countries in recent years, as well as the issues related to further strengthening of friendly relations were discussed.

Then, in the framework of political consultations between the Ministries of Foreign Affairs of two countries, the parties noted that Turkmen-Japanese cooperation strengthens day by day and looked at the political, trade-economic, as well as the humanitarian aspects of mutual collaboration. In addition, the significance of mutual support in the framework of international organizations was noted.

The parties also discussed the important spheres of Turkmenistan’s diplomacy such as energy, transport and water diplomacy, particularly underlining the necessity of acquainting the world with the level of cooperation between the two states. Besides, exchange of views in the framework of the “Central Asia + Japan” dialogue took place.