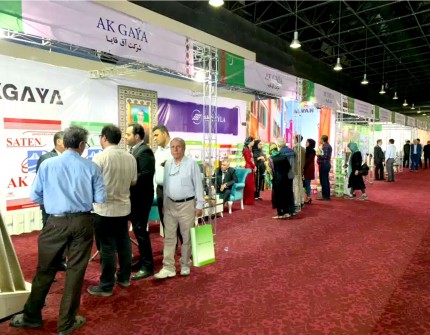 The high-level representatives of the state and private sectors of Iran and Turkmenistan, local companies and residents are participating to the exhibition.

During his speech at the opening ceremony of the exhibition, the Deputy Governor of the Akhal region of Turkmenistan noted the high level of Turkmen-Iranian relations and underlined that the cooperation between the representatives of the private sectors of two countries, particularly in the field of industry, metallurgy and agriculture pleasantly affect the social and economic growth of Turkmenistan and Iran.

In the framework of the visit of Turkmen delegation to Iran, several meetings of the Deputy Governor of the Akhal region of Turkmenistan with the heads of the Khorasan-e Razavi and North Khorasan provinces were held.