Visit of the State Minister of Saudi Arabia to Turkmenistan 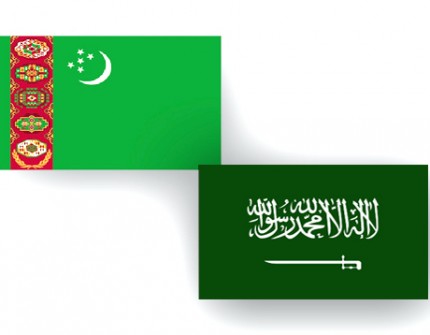 On September 10-11, 2019, the delegation of the Kingdom of Saudi Arabia headed by the Minister of State and Member of the Cabinet of Ministers of Saudi Arabia Emir Turki bin Mohammed bin Fahd bin Abdulaziz Al-Saud is paying a visit to Turkmenistan.

Today, on September 11 the high guest was received by President of Turkmenistan Gurbanguly Berdimuhamedov. During the talks, the parties discussed the key aspects of political, trade-economic and cultural-humanitarian cooperation between the two countries.

The opportunities for strengthening inter-parliamentary ties were considered. The parties spoke about the current issues pertaining to Turkmen-Saudi relations, including the energy, chemical industry, trade, education, culture and sport spheres. It was noted that the governments of both states attach special importance to strengthening of mutually beneficial ties between the two fraternal countries. The guest noted the key role of Turkmenistan in maintaining regional energy security and economic integration.

In the second part of the day, Emir Turki bin Mohammed bin Fahd bin Abdulaziz Al-Saud had a meeting with the Deputy Chairman of the Cabinet of Ministers, Minister of Foreign Affairs of Turkmenistan R.Meredov.  During the meeting, the parties considered the opportunities of expanding the political-diplomatic dialogue, including further development of cooperation between the external policy agencies of two countries. The parties underlined the closeness of views to the current issues of modern times and expressed their hope for continuation of collaboration in the framework of respected international organizations, firstly the United Nations.

The vital role of holding the political consultations and arranging the visits of delegations of the two countries on different levels was highlighted.  The parties spoke about the existence of vast opportunities for improving further cooperation in the areas of oil and gas, textile and transport.