Political consultations between Turkmenistan and the PRC held in Ashgabat 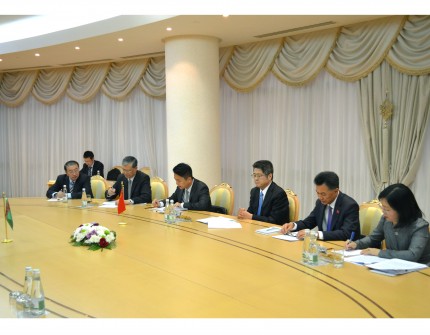 In particular, the parties discussed pressing issues of the regional and international agenda. Speaking about the activation of contacts at the highest levels, diplomats noted the special importance of organizing visits by the Heads of the two states.

Diplomats also identified priority areas of cooperation in such areas of the agenda as agriculture, transport, logistics, healthcare, science, education, culture, art, as well as sports and tourism, where each country has great potential for full implementation.

Speaking about the intensification of interactions in the cultural and humanitarian sphere, the parties considered the creation of various centers in Turkmenistan for the study and promotion of the Chinese language and identity, including the implementation of promising mutually beneficial projects in this area.

During a constructive conversation, the parties discussed a wide range of issues of bilateral interaction. The diplomats discussed important issues of cooperation in the political, diplomatic, trade-economic, cultural and humanitarian sectors.