Meeting with the newly appointed Ambassador of the Republic of Turkey 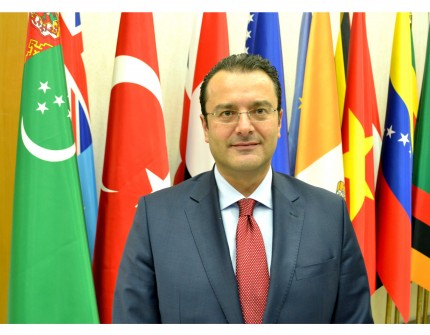 On January 20, 2020, the meeting of the Minister of Foreign Affairs of Turkmenistan with the new Ambassador Extraordinary and Plenipotentiary of the Republic of Turkey to Turkmenistan Togan Oral took place.

After exchanging warm greetings, the parties noted the high level of cooperation between Turkmenistan and the Republic of Turkey in political, trade-economic and cultural-economic spheres. It was noted that the high-level mutual visits play a vital role in the advancement of Turkmen-Turkish relations based on the principles of mutual respect, openness and trust.

The role of collaboration between the external policy agencies of the two countries and the closeness of standpoints in respect to key aspects of the international agenda were underlined. Speaking about the significance and relevance of the coordinated actions of the international community on sustaining stability and security solely by peaceful means, the parties noted the importance of the positive neutrality status of Turkmenistan. It was highlighted that the country is celebrating the 25th anniversary of its neutrality at present year, during which a number of events of international level are to take place.

Presenting the copies of his credentials, Ambassador Togan Oral expressed gratitude to the Turkmen side for congratulations and kind wishes on the occasion of his appointment to the high diplomatic post. The parties reiterated their readiness to cooperate actively for further strengthening of Turkmen-Turkish ties.