Turkmen-Russian consultations held in the MFA of Turkmenistan 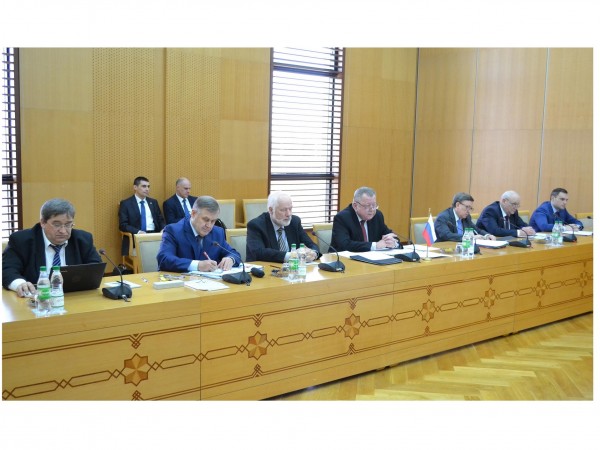 On February 4, 2020, the Turkmen-Russian consultations on security issues on the level of Deputy Foreign Ministers were held in the MFA of Turkmenistan. To attend the meeting, a representative Russian delegation headed by the Deputy Minister of Foreign Affairs of the Russian Federation O.V.Syromolotov arrived to Ashgabat.

During the meeting, the parties discussed a number of current issues in the field of security, exchanged views on the implementation of preventive measures in combatting the terroristic threats and considered the level of cooperation in the framework of international organizations, such as the UN and others.

The collaboration on sustaining security and stability on regional level was specifically discussed. The parties made proposals on strengthening cooperation in the area of exchanging expertise, informational data.  The participants spoke about the significance of providing international informational security, as well as considered the collaboration on countering the spread of terrorist and extremist ideologies in the Internet environment.

Noting that security issues hold an important place in the agenda of Turkmen-Russian relations, the parties agreed to cooperate for the sake of peace and stability in the whole world.