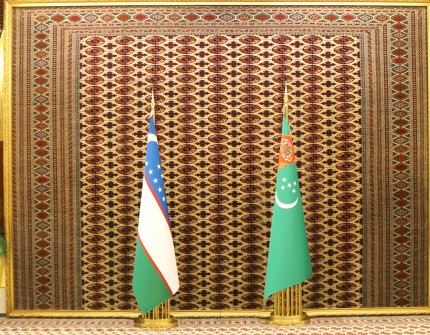 Today, on March 27, a telephone conversation was held between President of Turkmenistan Gurbanguly Berdimuhamedov and President of the Republic of Uzbekistan Shavkat Mirziyoyev.

During the talk, Presidents of the two countries considered a number of contemporary issues of bilateral cooperation, as well as regional subjects possessing mutual interest.

The President of Turkmenistan informed the head of the neighboring state that he visited the Dashoguz velayat today, where he also met with representatives of the Uzbek diaspora, who during their warm, meaningful conversations talked about their life and daily affairs.

Noting with satisfaction that representatives of the Uzbek diaspora are actively involved in the political, economic and cultural life of the country, the Turkmen leader conveyed on their behalf to President Shavkat Mirziyoyev wishes for good health and great success in his state activities.

The priority directions of collaboration of the two states in the context of consolidating the efforts aimed at timely and effective resolution of issues arising in this hard time for the whole world community were discussed.