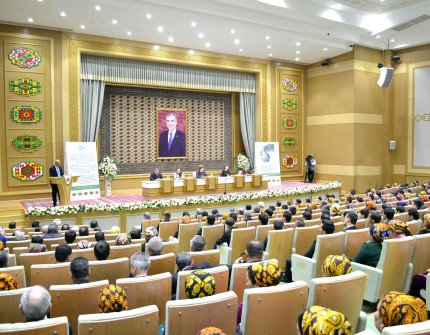 During the speeches it was noted that Turkmenistan, based on the Constitution, that provides the solid foundation and guarantee of positive neutrality, peace, good neighborly relations, national traditions and democratic doctrines, as well as large-scale socio-economic, socio-political reforms, build the legal, secular state and fair civil society. It was also noted about a number of successfully implemented state and sectoral programs and plans aimed at ensuring the further dynamic development of our state, ensuring the happy and prosperous life of the people of Turkmenistan.