Turkmen-Uzbek consultations on political and economic affairs were held 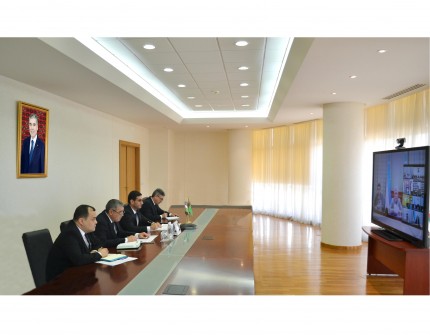 During the consultations, the development of political-diplomatic dialogue between the two countries was discussed, as well as the importance of regular high-level contacts was underlined. The diplomats voiced the mutual readiness of the parties to continue cooperation in the framework of international and regional structures. The adherence of the countries to maintenance of peace, stability and security in the region and in the world was underlined. In this context, the positive Neutrality policy of Turkmenistan was highlighted.

The trade-economic cooperation, including the enhancement of import and export procedures between the two states was specially discussed. The issues of fulfilling the agreements attained during the last session of the Joint Turkmen-Uzbek Commission on Trade-Economic, Scientific-Technical and Cultural Cooperation were thoroughly considered.

The parties also discussed the current state of affairs and the future of cooperation in the field of energy and hydroeconomics. The high level of cross-border collaboration taking into account the pandemic situation in the region, including the transport and communication sphere, as well as the enhancement of conditions for the transport and transit flow was highlighted.

The participants agreed to develop further cooperation in the area of education, science and culture. The issues of restarting the Days of Culture on mutual basis were discussed.