Important issues of Turkmen-Japanese cooperation have been discussed 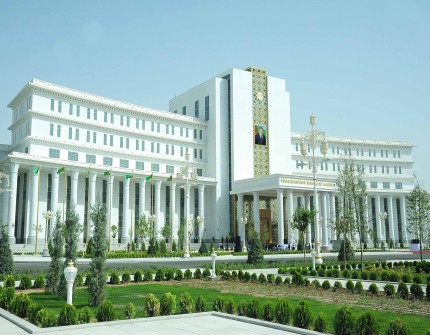 On September 2, 2021, President of Turkmenistan Gurbanguly Berdimuhamedov received the head of the Japanese delegation, the State Minister of Economy, Trade and Industry of the country Ejima Kiyoshi, who came to Turkmenistan on a working visit.

During the meeting the parties highly evaluated the level of the interrelations between the two countries in political-diplomatic, trade-economic, scientific-technical and cultural-humanitarian fields.  It was stated that the cooperation of Turkmenistan with Japan is of strategic, sustainable and long-term character.

The same day the Deputy Chairman of the Cabinet of Ministers, Chairman of the Turkmen part of Turkmen-Japanese Committee on Economic Cooperation Serdar Berdimuhamedov held a meeting with the State Minister of Japan Ejima Kiyoshi.

The parties considered the current level and the future of bilateral relations that are based on principles of friendship, trust and mutual respect.

It was noted that Japan is one of the main investment partners of Turkmenistan and stated that our country is implementing active cooperation with a number of Japanese companies. In addition, the special significance of Joint Committees on Economic Cooperation was underlined.