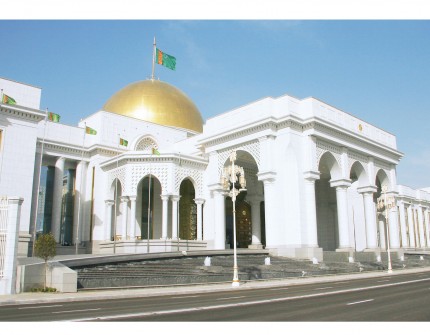 On January 27, 2022, India-Central Asia Summit took place in a virtual format. The Prime Minister of the Republic of India and the Presidents of the Central Asian states attended the high-level meeting.

In his speech, Indian Prime Minister Narendra Modi stressed that the first India-Central Asia Summit would be a kind of reflection of the growing interaction between New Delhi and all the states of this strategic region.

In his speech, the President of Turkmenistan, noting the importance of this anniversary year for the countries of Central Asia and India, which established diplomatic relations 30 years ago, emphasized the beginning of a new milestone in the development of centuries-old ties between our peoples.

President Gurbanguly Berdimuhamedov also congratulated the leadership of the Republic of India and the entire Indian people on the 75th anniversary of the country's Independence. During this short period by historical standards, India has passed a glorious path equal to centuries, the Head of the Turkmen state added.

Emphasizing that India is a close friend and important partner for Turkmenistan, President Gurbanguly Berdimuhamedov stressed that India was among the first states in the world to recognize the Independence of Turkmenistan. As was emphasized, the current meeting is designed to bring relations between the countries of Central Asia and India to new frontiers, which have a huge human, industrial, natural, technological potential.

Developing the theme of strengthening regional cooperation aimed at ensuring the peaceful coexistence of countries and peoples, combating new challenges of our time, the President of Turkmenistan noted that ensuring strong and long-term security, maintaining peace and a balance of interests meets the strategic goals of our countries.

In this context, having supported the initiative of a regular Dialogue at the level of Security Advisers, as well as the constructiveness of the idea of ​​the Central Asia-India Parliamentary Forum, the Turkmen side expressed the expediency of creating the Secretariat of the Central Asia-India Summit.

In addition, proposing to establish systemic joint work in international organizations, primarily in the UN, the Turkmen side stated that the new philosophy of international relations “Dialogue is a guarantee of peace”, initiated by President Gurbanguly Berdimuhamedov, is aimed at uniting all responsible and healthy forces in the global political arena.

The special role of the Central Asia-India Business Council was also emphasized, and the need for further intensification of activities within the framework of this platform was noted. In particular, the importance of consolidating the efforts of the parties in the field of energy was expressed. The countries of Central Asia, known for their rich natural resources, are able to work seriously today on the creation of an energy bridge "Central Asia - India", President Gurbanguly Berdimuhamedov added.

As is known, at present, Turkmenistan, in cooperation with its partners, is implementing a large-scale energy project of geo-economic and geopolitical significance - the Turkmenistan-Afghanistan-Pakistan-India gas pipeline.

The key area of ​​the effective cooperation between India and the states of Central Asia is cooperation in the field of transport. The importance of creating Eurasian transport corridors through Central Asia to sea terminals in the Indian Ocean was especially noted here. In this regard, the importance of the Uzbekistan-Turkmenistan-Iran-Oman-Qatar transport corridor project was emphasized.

The Summit also stressed the need to further consolidate efforts aimed at developing medical diplomacy and combating the threat of the spread of coronavirus. In this regard, the Leader of Turkmenistan proposed to consider the issue of establishing the Central Asia-India Medical Association, one of the main goals of which could be the fight against infectious diseases.

We consider the expansion of cooperation in the cultural and humanitarian sphere as an opportunity to strengthen good neighborliness, rapprochement and mutual understanding of our peoples, the President of Turkmenistan added.