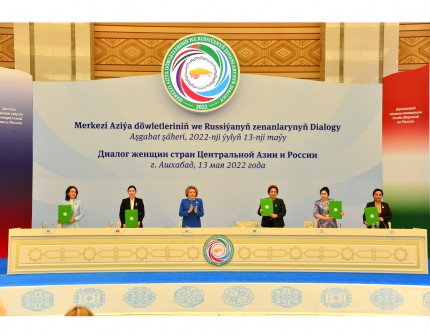 During the event, the participants discussed the work of the first year of the Dialogue under the chairmanship of Turkmenistan, considered the experience of regional coalitions of women leaders in expanding the participation and leadership of women, identified priority areas for the Dialogue in 2022 and prospects for its institutional development.

The participants also emphasized the importance of the policy and progress made by the states of Central Asia and the Russian Federation over the past 30 years in achieving gender equality and increasing the participation of women in state and public life.

Speaking about plans for the coming period, the participants spoke in favor of holding various events on the topics of women's political activities, including issues of peace and security, increasing their economic opportunities, protecting their rights and interests in the Central Asian countries.

At the end of the meeting, the participants expressed gratitude to Turkmenistan for the initiative to hold the Dialogue of Women of the Central Asian States and Russia and for the warm hospitality.