New Ambassador of the Republic of Austria accredited in Turkmenistan 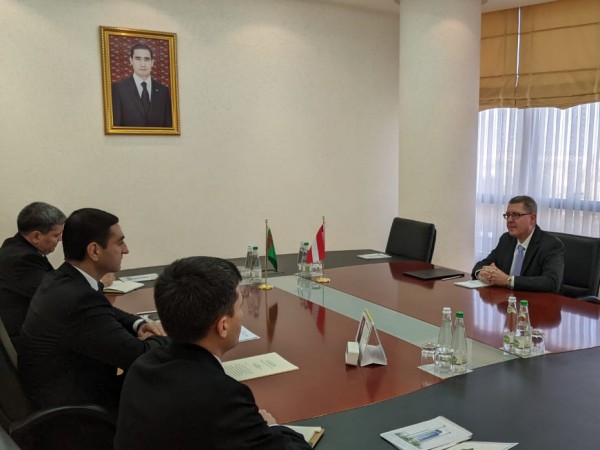 In frames of the meeting, Ambassador presented copies of his credentials.

In the afternoon, on behalf of President Serdar Berdimuhamedov, the Chairman of the Mejlis of the Milli Gengesh of Turkmenistan G.Mammedova received credentials from the Ambassador Extraordinary and Plenipotentiary of the Republic of Austria to Turkmenistan (with residence in Baku) Mr.Thomas Schuller-Gotzburg.

The Chairman of the National Parliament congratulated the guest on his appointment to a responsible diplomatic post, wishing him success in strengthening the ties of friendship and cooperation between the two countries.

Cooperation in the cultural and humanitarian field was also discussed. In this context, it was noted that the Austrian-Turkmen Society, established in 2008, promotes various cultural events between the countries.

Thanking the Turkmen side for the wishes on the appointment to a high diplomatic post, the Austrian Ambassador to Turkmenistan assured that he would make every effort to further strengthen the Turkmen-Austrian relations.