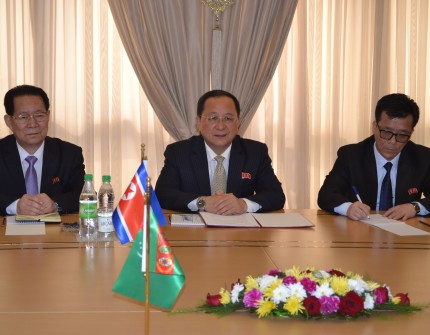 At the beginning of the meeting, analyzing the current state of relations between Turkmenistan and the Democratic People's Republic of Korea, the parties expressed the need for their further intensification. In this context, the parties discussed proposals on the development of various spheres of cooperation of mutual interest.

In addition, noting the mutual interest in expanding political and diplomatic cooperation, the sides underlined the role of interaction between the foreign ministries of the two countries.