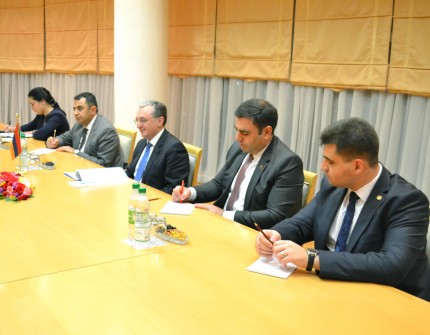 During the meeting held in friendly atmosphere, the parties discussed the current state of Turkmen-Armenian relations in political, economic and cultural-humanitarian spheres. It was noted that the countries possess the potential for further development of cooperation in the field of energy, transport connections, education and sport.

Stressing the importance of efficient collaboration between the external policy agencies of two countries, the ministers exchanged congratulations on the occasion of the 27th anniversary of establishing diplomatic relations between Turkmenistan and the Republic of Armenia. It was stated that over that period the countries attained a qualitatively new level of interrelations in different areas of cooperation.

The parties discussed the cooperation in the framework of international and regional organizations, particularly the UN and the CIS. The diplomats had a concurring view on that solely by the means of peaceful initiatives and programmes it is possible to attain all sided social-economic progress.