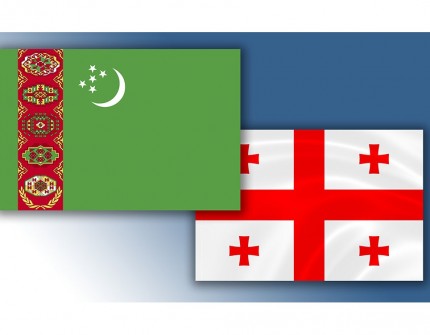 On August 30, 2017, the third meeting of the Joint Intergovernmental Turkmen-Georgian Commission for Economic Cooperation was held in Ashgabat. Leaders and leading experts of the sectoral ministries and departments of the two countries took part in the meeting.

Opening the meeting, the co-chairmen of the commission noted with satisfaction the high level of interstate dialogue and confirmed the readiness of Turkmenistan and Georgia to actively expand the productive partnership.

One of the strategic vectors of the Turkmen-Georgian relations was the sphere of transport. Noting the common interests of the parties in this direction, the participants stressed that Turkmenistan and Georgia are partners in this issue. In this context, the importance of forming the corridor Afghanistan-Turkmenistan-Azerbaijan-Georgia-Turkey was noted.

In the framework of the exchange of views on the prospects for the diversification of bilateral cooperation, the members of the Commission noted with satisfaction the constructive cooperation in the energy sector.

Calling the strengthening of humanitarian contacts, especially in the field of education and science, a significant aspect of interstate dialogue, the participants spoke in favor of intensifying cultural exchanges. In this context, an agreement was reached to hold mutual Days of Culture. Among the promising areas of cooperation, the meeting participants also named the spheres of sport and tourism.

Following the meeting, a relevant protocol had been signed.