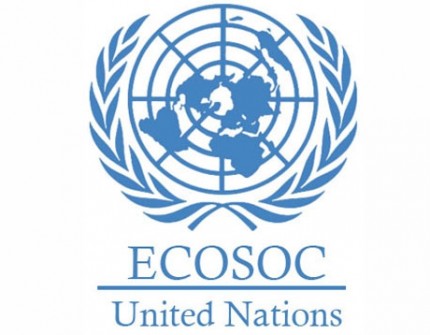 On June 13, 2018, at the 96th meeting of the 72nd session of the United Nations General Assembly, Turkmenistan was elected to the UN Economic and Social Council (ECOSOC) for 2019-2021.

The United Nations Economic and Social Council (ECOSOC) is at the heart of the United Nations, which coordinates the activities of the UN, its specialized agencies and organizations in the economic, social, health and educational spheres.

ECOSOC was established in 1946 by the Charter of the United Nations and is the central forum for discussing international economic and social problems and proposing policy recommendations for Member States and the UN system, based on the reports of 11 UN funds and programs.

ECOSOC consists of 54 member-states elected by the General Assembly for a period of three years. Annually 18 countries are elected from regional groups, replacing on January 1 the countries whose terms of office had expired.

The scope of the Economic and Social Council includes: promoting economic and social progress, including improving the standard of living and full employment of the population; development of ways of solving international problems in the economic and social fields and in the field of health, promoting international cooperation in the field of culture and education, creating conditions for universal respect for human rights and fundamental freedoms.